The Church of St Paul in the Desert is debt free and has been since before 2014.

Since 2015, the amount pledged vs. actual pledge income received has been within 3.5% of original pledge amounts. Pledged income received in two of the last five years exceeded the original amount pledged. Going into 2020 and dealing with the COVID-19 crisis, pledged income has lagged from original amounts promised. However, recent special gifts and offerings from estates or other gifts have allowed year-to-date gross income to exceed budget. Operating losses in recent years are attributed to flat regular revenue, with increasing operating expenses. St. Paul in the Desert has a reserve fund of approximately $495,500 invested in CDs as well as an annuity which constitutes both restricted and non-restricted funds.

Our current Vestry is very conscious of our expenditures, and although we have been blessed with a surge of income, the Vestry is taking steps to control spending. 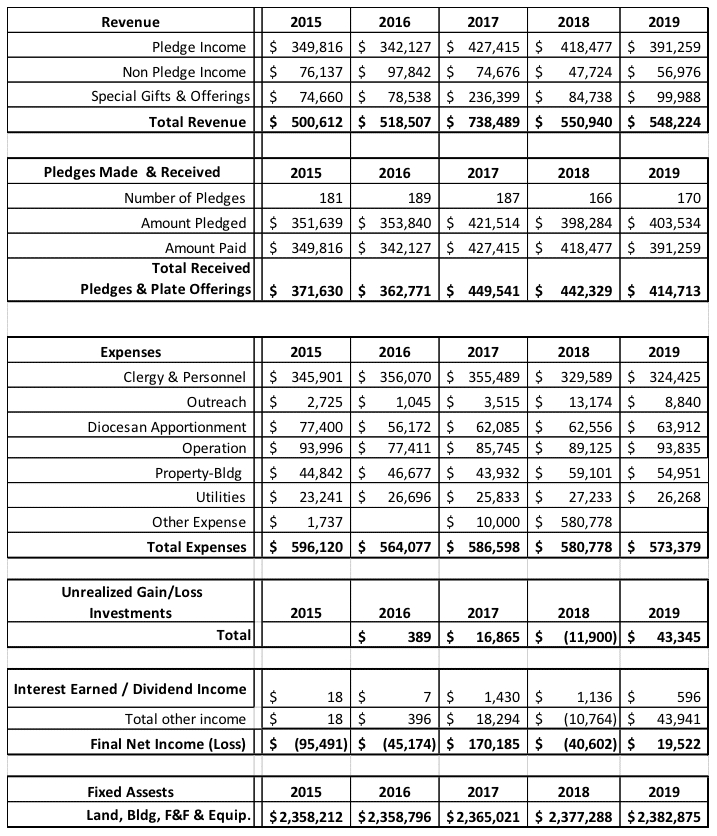