The Feast of St. Paul the Hermit and the Annual Meeting of the Church of St. Paul in the Desert

The Church of St. Paul in the Desert presents the Feast of St. Paul the Hermit and the 84th Annual Meeting, outdoors in the church parking lot following the 10:30 service.  (NOTE:  There will be only one service that Sunday.) Lunch will be provided. At the meeting, we’ll present our new photo Member Directory and review our “fresh off the presses” Strategic Plan. All of this, and so much more! (Rumor has it there’s a dunk tank in the mix.) You won’t want to miss this important gathering. 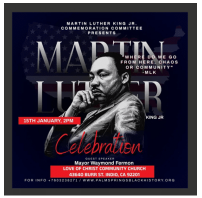 “RESPECT – The Queen of Soul,” with Jennifer Hudson 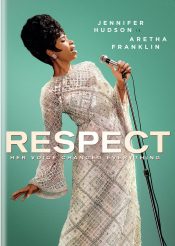 Have fun, meet friends, and share a movie and popcorn with your fellow parishioners.  If you like, you can bring a pizza, a bucket of chicken, or just a snack, and have a great time in the Parish Hall at St. Paul in the Desert, January 21 at 6:00 PM. We will provide the drinks and popcorn; you create the fellowship. All are welcome, so bring your friends and neighbors.  We’ll see you there!

Following the rise of Aretha Franklin’s career from a child singing in her father’s church choir to her international superstardom, RESPECT is the remarkable true story of the music icon’s journey to find her voice. The film follows the first two decades of Franklin’s life, from being born as a musical prodigy in an affluent African American family, the repercussions of losing her mother at age 10 to her arduous rise to international musical stardom, while enduring an abusive marriage, ultimately concluding with the recording of her influential live album Amazing Grace (1972). 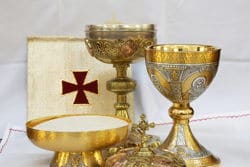 You are invited to the church on Wednesday evenings at 6:00 PM each week for contemplative Eucharist/Evening Prayer. The church will be open the hour prior (5:00-6:00 PM) for silent, personal prayer. Come and rest. 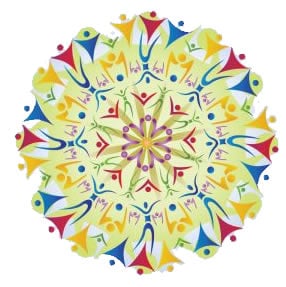 For women who have either been a part of Sacred Circle in the past or have indicated an interest in joining Sacred Circle as part of a renewed spiritual direction.

Throughout time women have gathered in circles to share stories, to pray, to grieve, to create, to learn, and to heal.  A community of hearts is not only a chance for us to support one another, but also to deepen our faith and discover strength that we didn’t know we had.  Sacred circles are not only ancient, but much needed today.  I know in the past there has been such a group at St. Paul’s. If you would like to explore the possibility of reconvening or reconfiguring a group, join me on Wednesday, January 18 at 1:00 PM in the library.

Our upcoming Winter 2023 Expedition to Joshua Tree National Park is set for Saturday January 21. Here are all the details from Chris Kelly:

Where:  To increase accessibility for everyone – and to maximize our snowy winter views — we’ve moved this hike from the South portion of the National Park to the Westview/Hi-View Loop in the Black Rock Canyon area behind Yucca Valley.  The hike winds through forests of Joshua Trees along a rocky ridge of the Little San Bernardino Mountains, with spectacular views of Mt. San Jacinto and San Gorgonio Mountain.  Depending on the weather, there may be snow on the trail and LOTS of it on the mountains.

When:   The hike is set for Saturday, January 21, 2023.  All should be at the trailhead by 9:00 a.m.  Persons wishing to caravan, or carpool should meet in the St. Paul’s parking lot not later than 8:00 a.m.  The drive from Palm Springs to the trailhead is about 45 minutes.

The Trail:  The trail is well-maintained and about two (2) miles long.  There is a mix of level and rolling hillside terrain, with a total elevation change of about 340 feet.  There are several sets of stone stairs to and from hilltop viewpoints.  Depending on the weather, there may be snow on the trail.

What to Bring:  As always, bring a good, sturdy pair of hiking or trail shoes.  There are several sets of stone stairs climbing to or from hilltop viewpoints; trekking poles or a walking stick may be helpful.  Portions of this trail are at elevations above 4,000 ft and, depending on the weather, there may be snow on the trail.  Be prepared and dress in layers.  As always, bring water, sunscreen, and appropriate headgear.

Repast: We will bring extra water, some thermoses of coffee and some donuts for a quick morning repast and hang-out time at the Black Rock Canyon picnic area after the hike is competed.  Please feel free to bring and share some easy morning treats of your own.

Directions and Parking: The trailhead is about 30 miles from Palm Springs.  From Palm Springs, take I-10 West to SH 62 North.  Continue on SH 62 into Yucca Valley, to junction with Joshua Lane.  Turn right onto Joshua Lane and continue on Joshua Lane per posted signs to Black Rock Canyon Campground and Day Use area.  Park near the Ranger station.  Parking at the Day Use Area is FREE.

Pets:   Sorry — dogs are not allowed on the trails in Joshua tree National Park.

Time/More:  We anticipate being finished hiking and snacking not later than 11:15-11:30. There will be ample time to explore more of the High Desert on your way back down.

That’s it for now.  Please contact Nancy Antonius () if there are questions and we will do our best to answer them.

P.S. – And this is important – Nancy asks that you let her know if you plan to join us (so we pack plenty of refreshments for all). 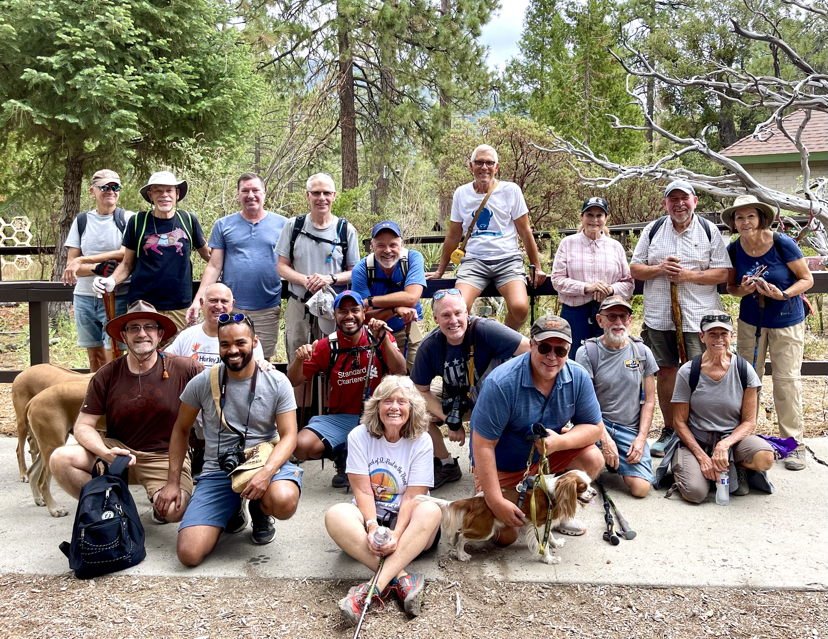 We need your help in making Riverside County’s Point-In-Time Count (PIT) a success!

Each year, the Riverside County Continuum of Care (CoC) partners with cities to facilitate the federally mandated count of people experiencing homelessness throughout Riverside County. Information gathered from the count is valuable because it provides a snapshot of how many people experience sheltered and unsheltered homelessness on a single night. The data is used to demonstrate the need for federal and state funding, services, and resource planning, and to inform the community about homelessness.

The Homeless Point-in-Time Count reflects a snapshot of Riverside County’s homeless population. Obtaining an accurate count of people experiencing homelessness is critical to helping our communities attract the state and federal funding needed to address a growing public health crisis. Homelessness impacts families, individuals, and communities across Riverside County, and we recognize this is an issue that can best be addressed by working together.

Here’s how you can help:

Now that cooler weather has arrived in the desert, the Social Justice Ministry is seeking donations of new or gently used winter coats and jackets to distribute to our needy neighbors. Winter hats, scarves and gloves are also appreciated. Remember, donated used clothing should first be dry cleaned. Please place your donated items in the collection “barrels” located in the narthex. 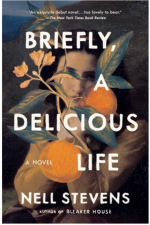 The next Book Club meeting will be held on Tuesday, February 7, 2023, at 1:00 PM via Zoom. Meeting information will follow later. For February, Book Club has selected Briefly, A Delicious Life by Nell Stevens. Charming, original, and emotionally moving, the novel follows an unconventional love triangle between George Sand, Fredrick Chopin, and Blanca, a 400-year-old ghost. A gorgeous and surprising exploration of artistry, desire, and life after death. 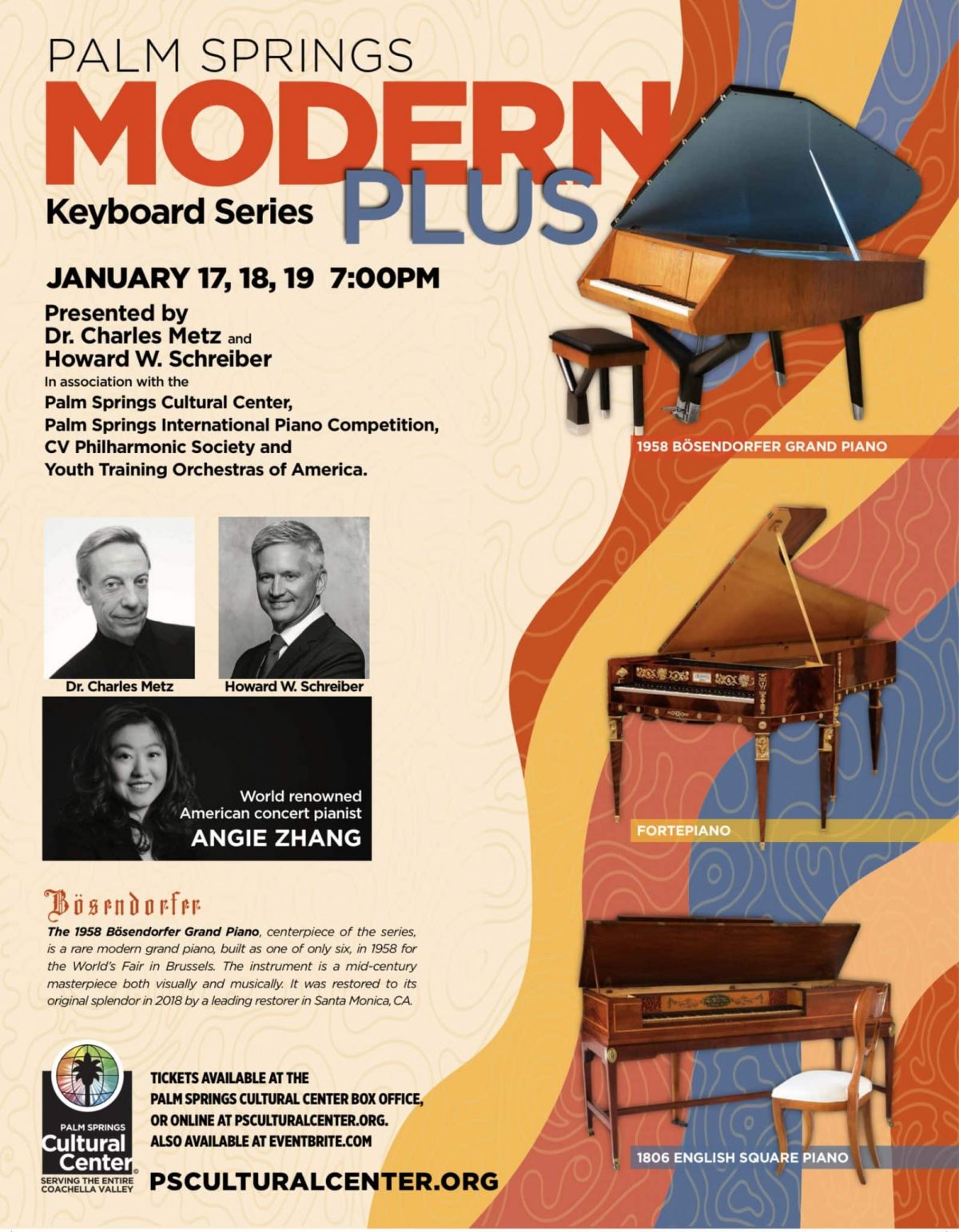 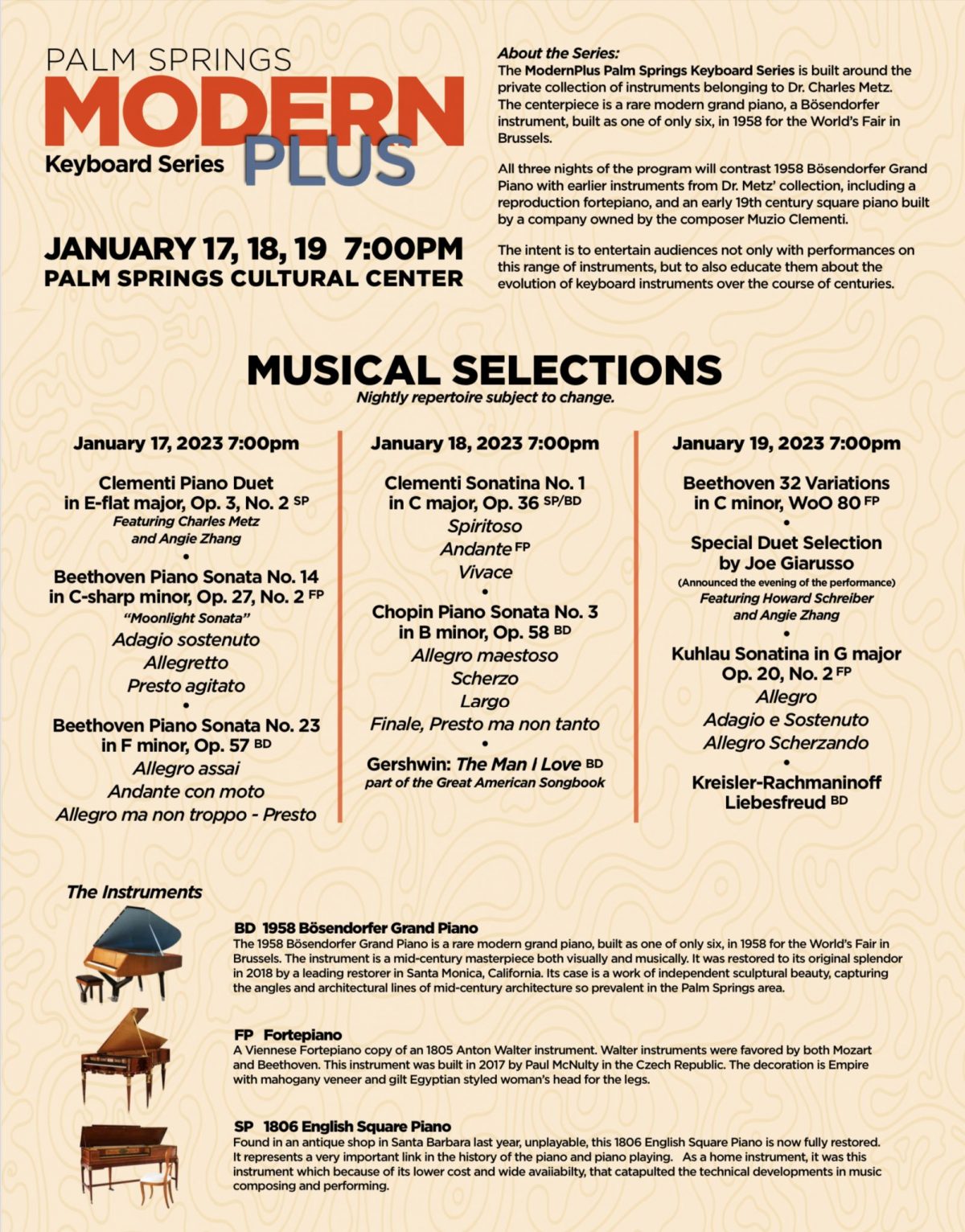 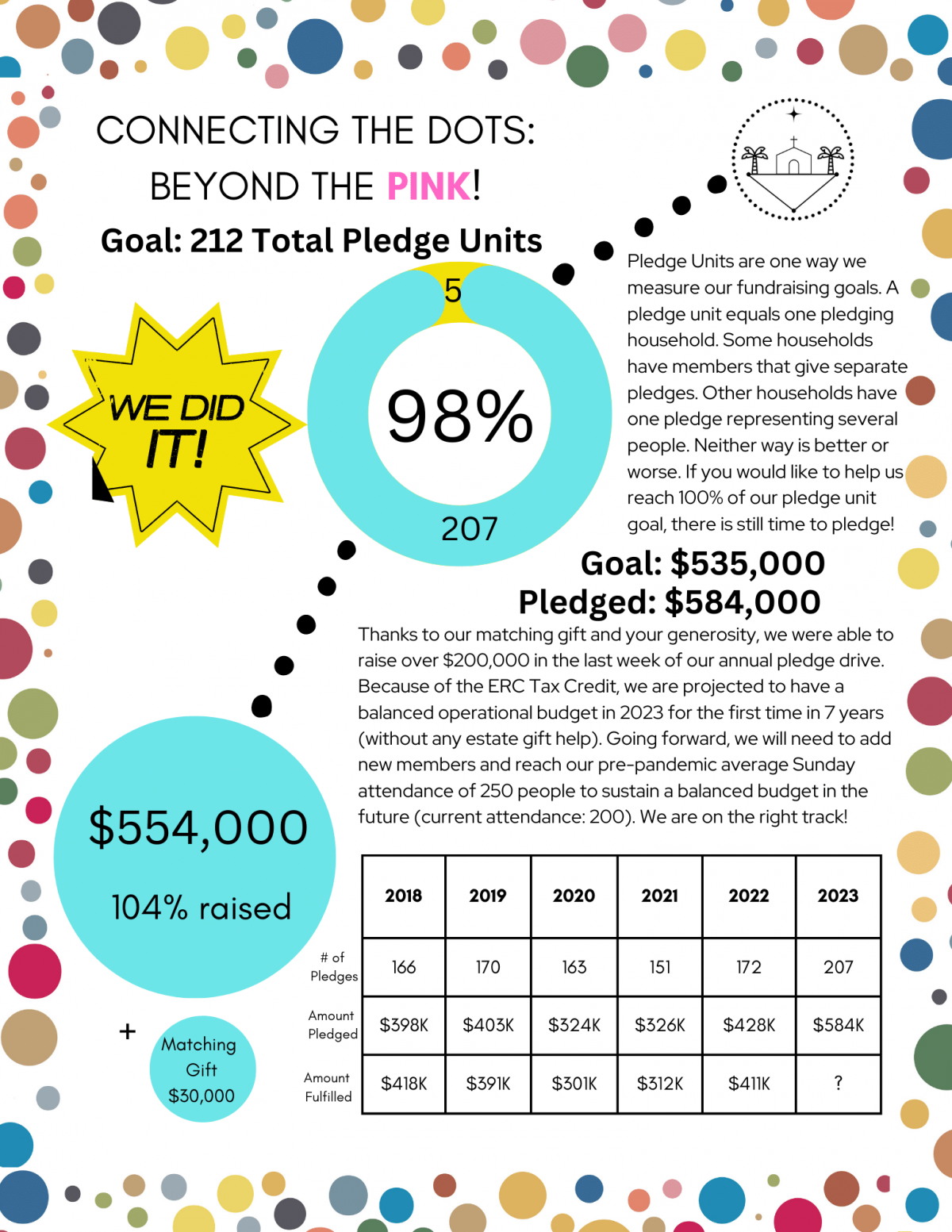 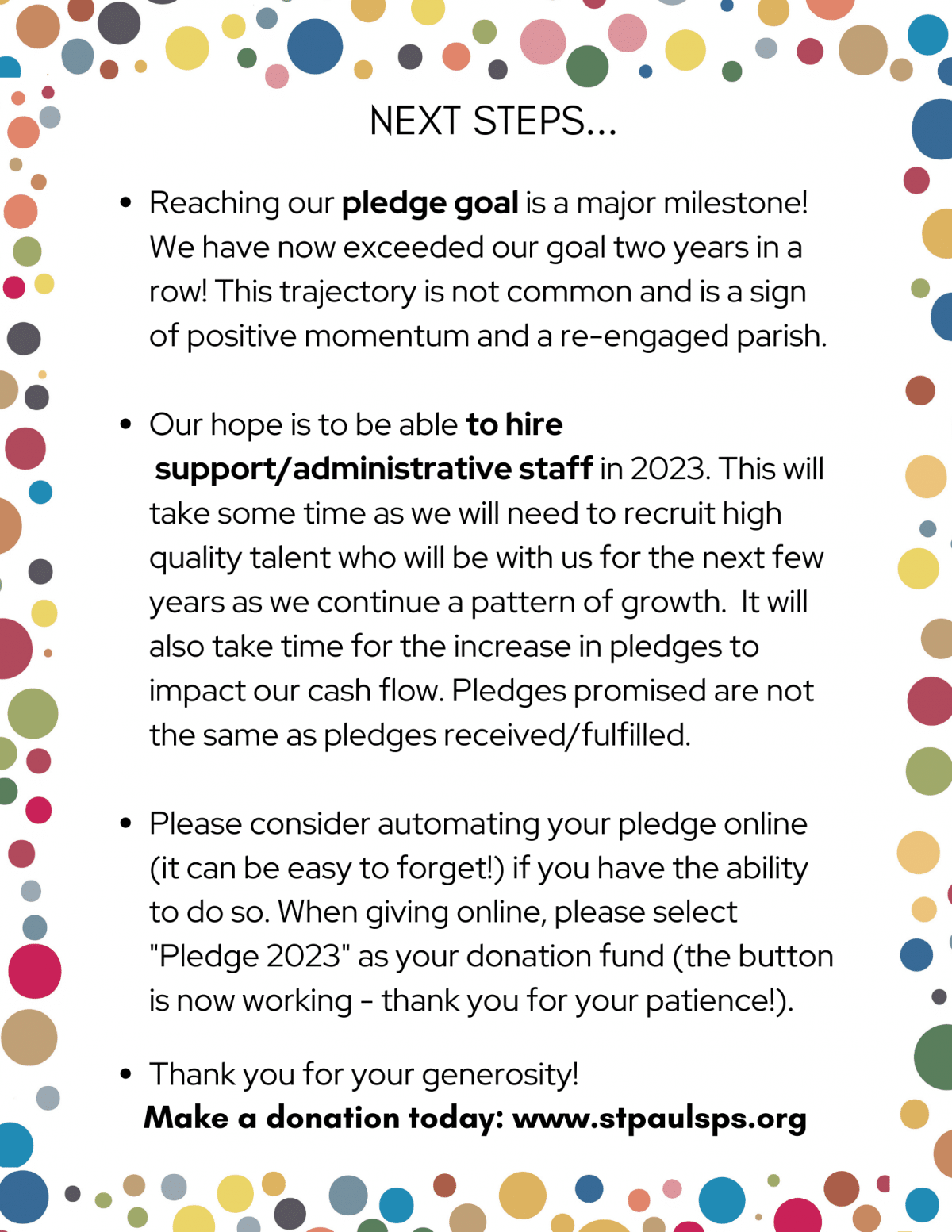 For the Episcopal Diocese of Georgia, The Right Reverend, Frank Sullivan Logue, Bishop.

For the Episcopal Diocese of San Diego, The Right Reverend Dr. Susan Brown Snook, Bishop; for our Ecumenical partnerships during the Week of Christian Unity.

For those who have died: Tom English, Shirley Harrison, Gordon Zentner, Harvey Trackman, Anthony Picozzi. May their souls and the souls of all the faithful departed, through the mercy of God, rest in peace.  Amen.

For those celebrating their anniversary: January 16: Linda Krengel & Tom Kieley.

For those for whom flowers have been donated: This week’s Altar Flowers are sponsored by The Rev. Canon Victoria Hatch and Shelia Brubaker, in thanksgiving for, and in commemoration of the anniversary of Victoria’s ordination (January 15); AND by Br. John Westaway, in memory of his father on the 100th anniversary of his birth.

Send us your Prayer Requests via email — You may request prayers, “For those commended to our prayers” or “For those who have died,” by sending requests to Weekly print deadline is Wednesday noon.

For next Sunday’s Lectionary readings, go to www.lectionarypage.net, and select January 22, 2023, the Third Sunday after the Epiphany. 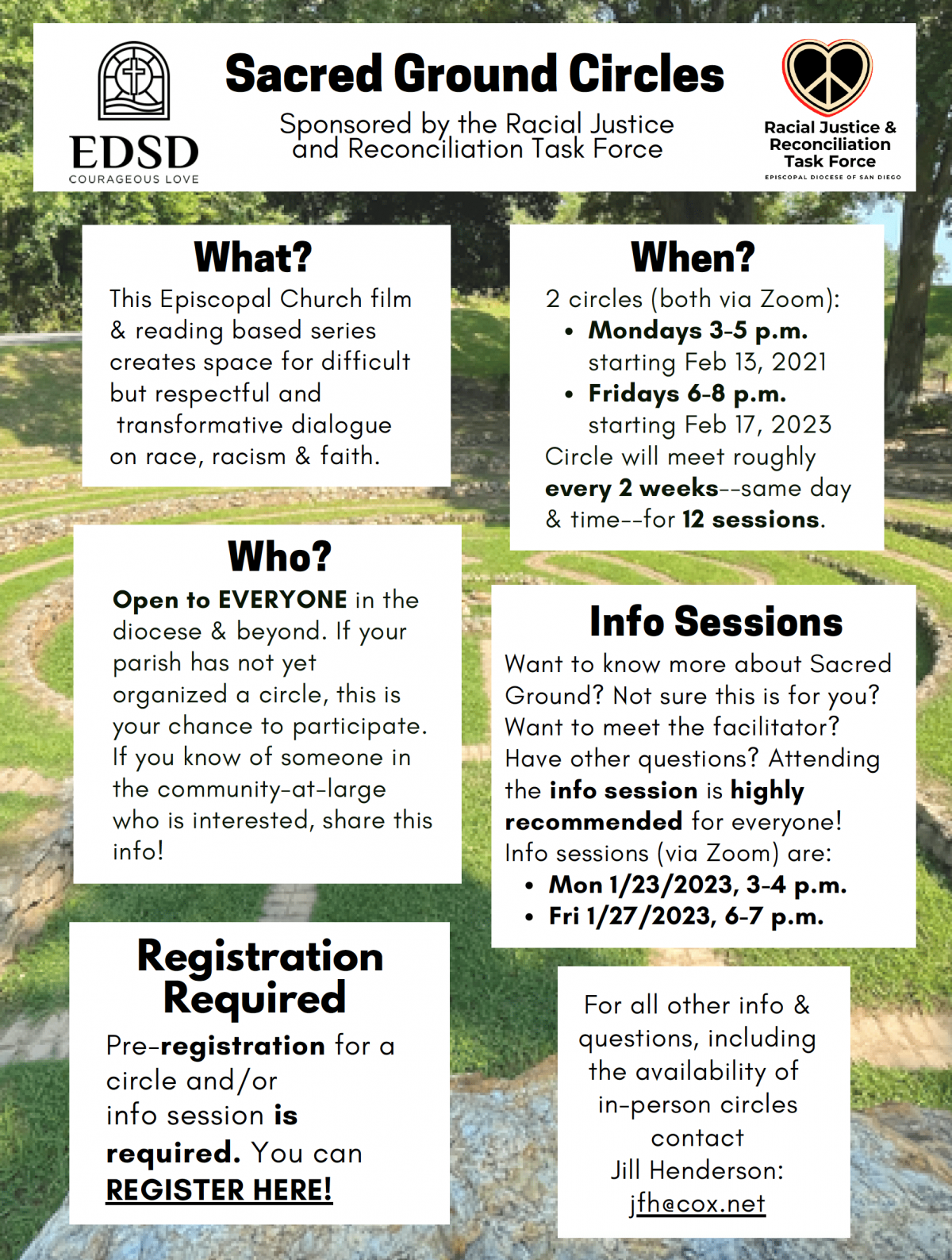 We are livestreaming our 10:30 AM Sunday Eucharist every week. The livestream project was made possible through a generous gift from a “snowbird” member from Philadelphia who wintered in Palm Springs for many years and worshiped at St. Paul’s every Sunday. You can view the livestream on our Home Page, YouTube Channel, and Facebook Page.

Missed a service?  Or want to rewatch a liturgy? All our past services are available to watch either on our YouTube Channel: https://www.youtube.com/user/StPaulintheDesert or on our Facebook timeline: https://www.facebook.com/stpaulinthedesert 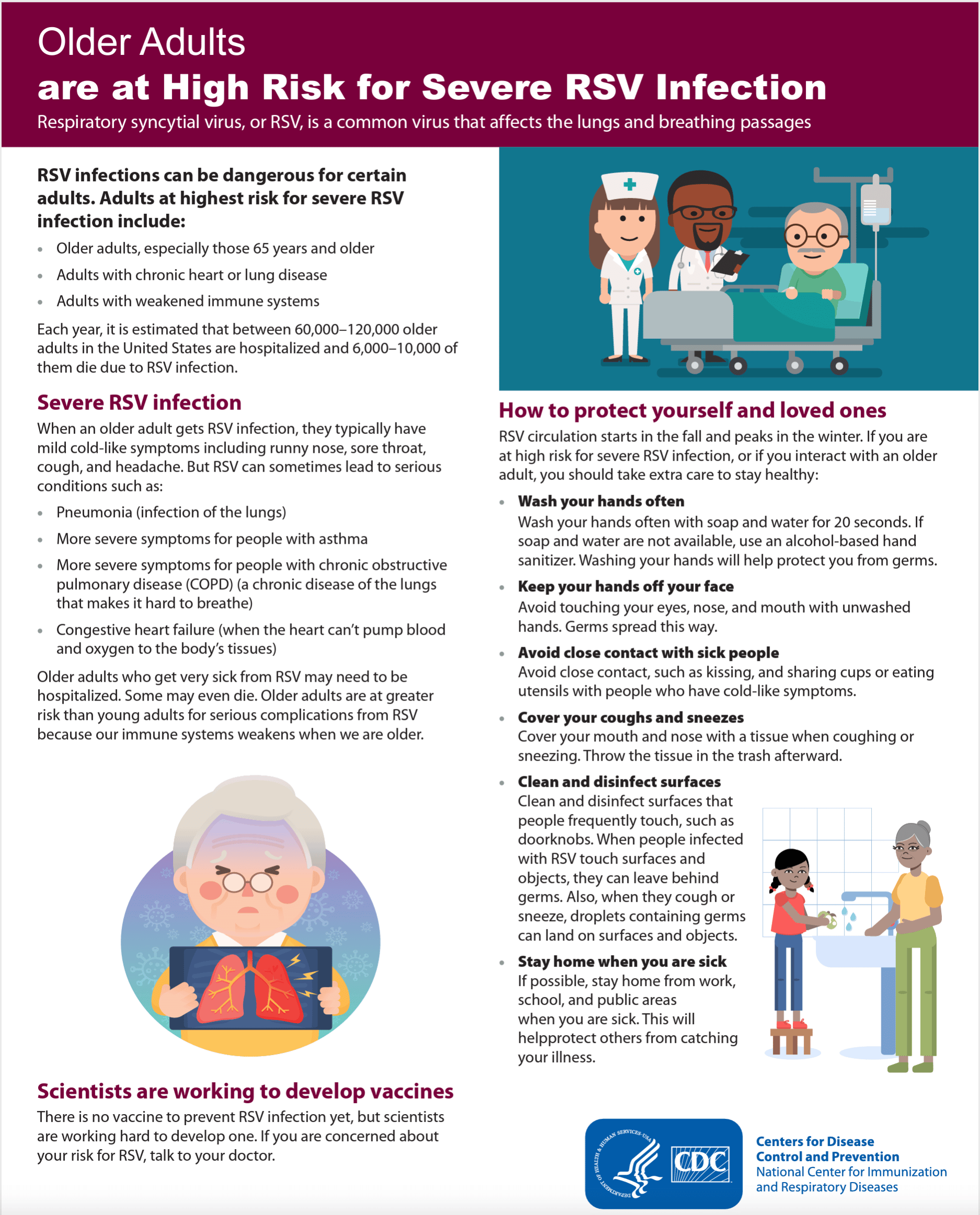 Subscribe to the Weekly Newsletter of the Episcopal Diocese of San Diego – The EDSD News is full of event announcements, church news, death notices, clergy changes, bishop-related notes, and current opportunities for service. Go to https://edsd.org/communications/ and scroll to the bottom of the page where you’ll find space to add your name and email address.  Then click on SIGN UP TODAY. You’ll receive the EDSD News on Wednesday, every week.

Want the latest news from the National Episcopal News Service?